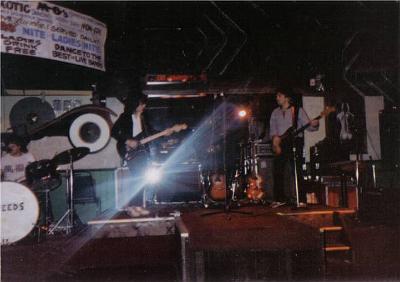 During the emotional period of the final Talas breakup Dave decided to go straight back to his roots, playing songs by the Beatles, Elvis & more. Dave asked his high school friend Randy Satz to play bass, but it was hard to contain the hard rock energy that existed between Dave, Paul and Randy. The band later developed into a very popular Tweeds lineup. Here the Tweeds are at a club in Amherst, NY called Mean Guys East. Note the Beatles bass, Vox amp & small drum kit. They even used a box for drums at a point during the show for the authentic Elvis recording sound. 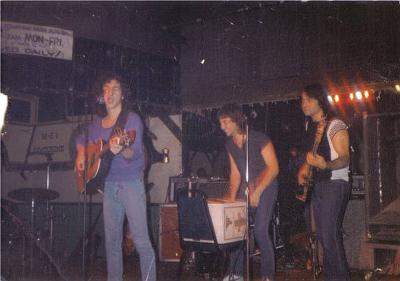 Tweeds in 1984 doing Elvis with the box drum. 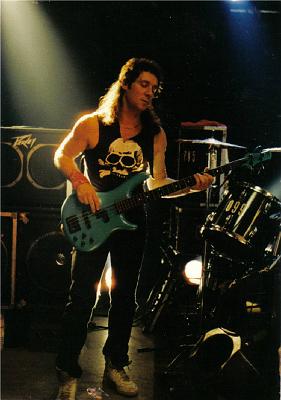 In 1986 Dave & Paul asked Alan Thompson of West Seneca, NY to join the band on bass. This lineup would remain the same for 6 years or more. 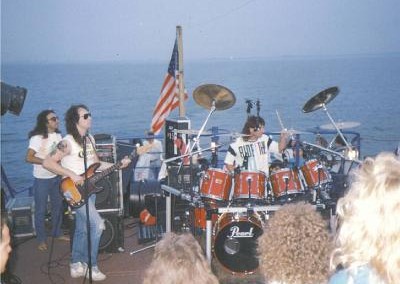 Alan & Paul on one of many Tweed’s boat cruises. 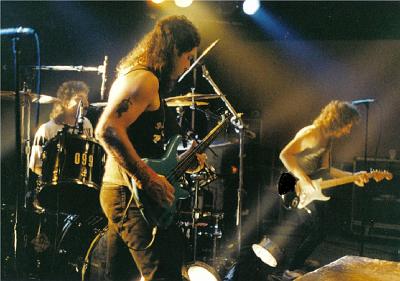 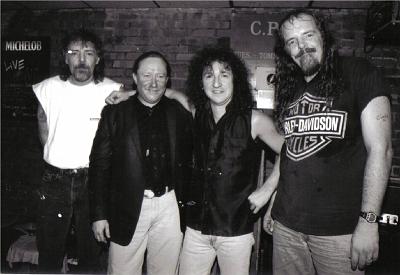 Paul left the Tweeds to pursue a new project. Dave asked Buffalo’s legendary drummer Ted Reinhardt to join the Tweeds. Soon afterward Alan left to dedicate himself to his own new project. Dave then asked Ted’s brother Tom to join. Ted & Tom had been playing for years with Willie Haddath in a popular blues band called Willie & the Reinhardts. The four of them played a gig together and decided to continue as a four piece band. Dave worked with them for around four years. Of course Ted and Tom are now with the Dave Constantino Band, but they do play with Willie as well. The four of them will get together now and then for a special show. 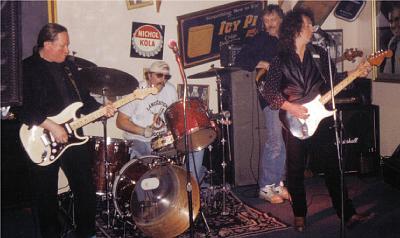 Willie, Dave and the Reinhardts. 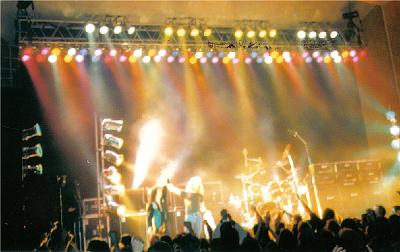 After more than 15 years apart, the original Talas with Dave, Billy and Paul play a sold out reunion concert at Kleinhans Music Hall in Buffalo, NY. A live CD “If We Only Knew Then What We Know Now” soon followed. Talas would sell out Kleinhans once again a year later and then go to Tokyo Japan to perform. A few years later they played in front of 15,000 or more people at the Buffalo Niagara Guitar Festival. 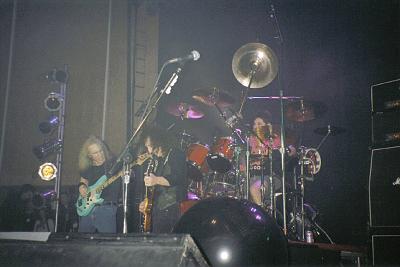 Dave, Billy and Paul at Kleinhans. 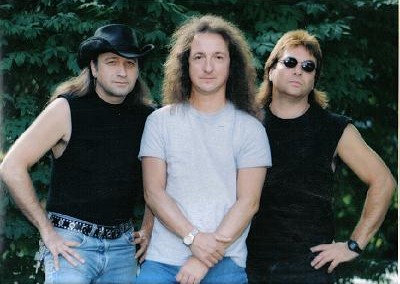 The Talas reunion shows inspired Dave & Paul to start a band again. Buffalo guitarist Michael Runo switched to bass to join the band. They named the band Shyboy, after a popular Talas song. 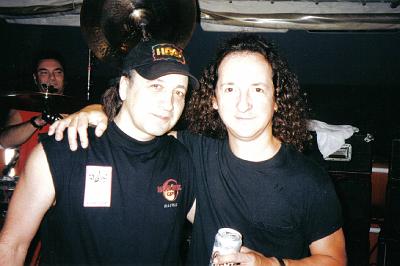 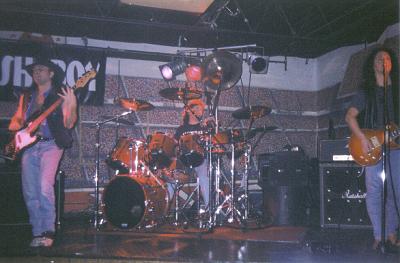 Shyboy became a club favorite and remained together for 8 years until going their separate ways in the fall of 2005. Dave joined forces once again, with Ted & Tom Reinhardt and spent the winter writing new songs for his soon to be released Dave Constantino Band CD.